How to clean the oven: useful tips

How to choose a mattress: what aspects…

How to make a super easy blackboard

How to sow grass step by step

Types of lighting: what to put in…

What is the difference between circuit breaker…

How to do hydroponics: a step-by-step guide

Types of wood for furniture

Mold on walls: how to eliminate mold… 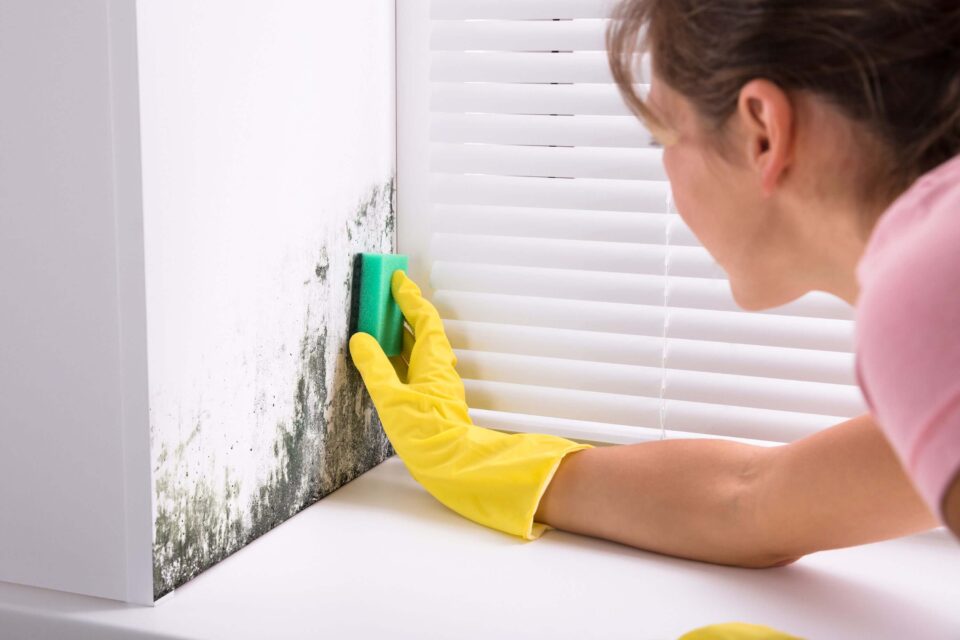 Mold is a fungus that, when it invades the walls, affects both the aesthetics of the home and the health of those who inhabit it. How to remove it.

When trying to eliminate mold on walls, the feeling that invades us is one of frustration and fatigue. That fungus, which appears as ugly and odorous spots that seem impossible to remove, is not unbeatable. Find out about the different options to permanently eradicate this annoying and dark organism that sneaked into your house.

The mildew is a fungus that can be found both outdoors and humid places of the indoor and low light. His biggest problem is that, besides being unsightly, it is harmful to our health. It is important to remove it from the walls and then repaint them so that it does not generate respiratory problems or allergic reactions. You have to be vigilant and act quickly to take care of yourself and your family.

How to remove mold from interior walls

If you are concerned about the musty smell and fungus on the walls, the first thing to do is remove the black or green stains from the wall, cleaning the area well. Try some of these effective techniques to do it:

How to remove mold from the wall

Mold and fungi are formed mainly by three factors: the humidity produced by those who inhabit the house, the poor ventilation of the environments and the water leaks (in general, from the pipes that go inside the walls).

The first factor refers to all those actions of our day to day in which we produce humidity inside our houses: bathing, cooking or simply breathing. When combined with poor ventilation of the environments, the second key factor for the formation of mold, the place becomes more prosperous for this organism to emerge.

The third factor that helps mold growth is water leaks. These produce even more humidity in the environment, which is very conducive to the formation of fungi and mold.

Products to remove moisture and fungus

As we said before, there are several products and alternatives to remove moisture from the walls , that is: to clean mold . Let’s delve a little more into its ways of use.

It is one of the most effective disinfectant and fungicidal agents. The good thing is that it is very easy to get it in any supermarket or online store. It is a very strong and corrosive product, so we recommend you be careful when using it, wearing rubber gloves and always keeping bleach out of the reach of children.

To use it properly, make a solution by mixing one part water to one fourth bleach and pour it into a sprayer. Spray the area affected by mold and wait a few minutes for the wall to whiten. Then use a brush or sponge to clean the area and rinse with plenty of clean water. If necessary, repeat this procedure until the walls return to their original color.

Although it is a product that has many uses (for cooking, for canker sores or to make toothpaste and natural deodorant), you may not know how useful it is when it comes to fighting mold stains .

Prepare a solution with a tablespoon of baking soda per pint of water in a bottle or diffuser. Beat it well until it’s diluted. Then, apply the solution on the affected area and, with a sponge, rub. This process repeated until all kinds of fungi were eliminated.

White vinegar or apple cider vinegar are two good allies that will not require much preparation to use them. Just fill a sprayer with either of these two types of vinegar and spray the moldy area. Let it work for at least an hour and then rinse it off with clean water.

The only downside is that you will have to wait for the vinegar smell to wear off as the wall dries. I opened windows, curtains and doors. Let the light and the air run.

The preparation of hydrogen peroxide to eliminate mold is very similar to that of vinegar. Fill a spray bottle with hydrogen peroxide and spray it on the fungal area. Let it work for 10 minutes. Then scrub with a sponge and rinse with clean water. Finally, you have to wipe the area with a dry cloth to permanently eradicate the mold.

Remove mold: what to do next

The next step to cleaning the moldy area with any of the above methods is to repaint the affected wall. There are different types of paints for damp walls:

Once the problem of surface humidity has been solved with the corresponding treatments, you can prevent a future reappearance of humidity by resorting to a relatively simple and inexpensive device that solves the problem in a few minutes: the dehumidifier .

It is an air conditioning device that, in addition to reducing the relative humidity of the air, maintains the humidity percentage in a controlled and constant way, providing a much more comfortable and healthy environment.

Home security: how to protect your home

Types of wood for furniture

5 Secrets to a Brighter Study Room

How to do hydroponics: a step-by-step guide

How to clean the oven: useful tips

How to choose a mattress: what aspects to consider

How to make a super easy blackboard

How to sow grass step by step